Bluehost Vs Siteground Reviews: Which Is The Best Hosting For You? 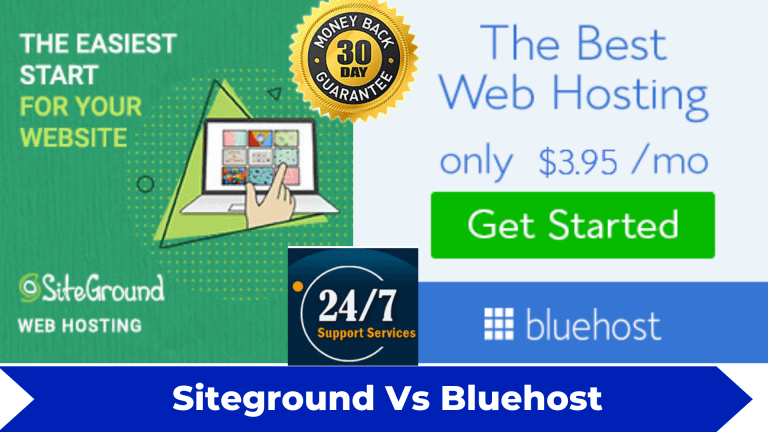 Here we are going to take a look at two well-known web hosting brands on the market.

We will break down and go over the features of the two and give you and complete comparison of some of what the plans consist of and what they have in common.

The purpose of this post is to help you to figure out which one of these two WordPress hosting the right one for you.

As with all, you’ll find that both Siteground, Bluehost have both there good and bad points. So today in this Bluehost vs Siteground comparison, we’re going to cover the main key points that I think are the most important when deciding on a WordPress hosting platform.

I want to add at this point that I use and recommend WPX Hosting provider for all my affiliate marketing WordPress website, for their awesome speed, high uptime, fast action support and easy to use control panel.

If you have more than 10,000 visitors a month or you simply want the fastest web hosting on the planet and not pussyfoot around with over crowed servers on shared hosting, WPX hosting is your go-to website hosting for all of your money and high volume traffic site.

Siteground vs Bluehost which one to buy:

SiteGround wins this comparison. It’s very hard to beat SiteGround these days, their speed and skillful support are exceptional, not to mention their custom caching plugin and in-house security measures to keep everything running as easily as possible.

If you are looking to make a decision on which one is the best for you to buy. The simplest answer to that is you will get better support and uptimes from our reports and testing from Siteground.

Even tho Bluehost has been around for a much longer time, you will find that Siteground is much easier to deal with, very similar hosting plans, and offer free migrations, not on the starter plan tho… where Bluehost doesn’t offer no free migrations and charges around 50 bucks per the site they do migrate.

We have provided you with in-depth reviews on both platforms Bluehost and Siteground if you want more then this overview of the two.

If you want a full overview of our choices, you can check out our main homepage. 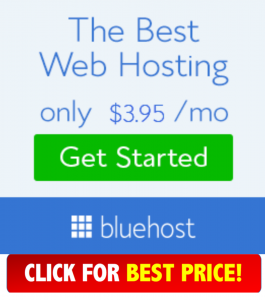 With all-new plans, Bluehost offers you a free domain name for the first year of registration as well you get 24-7 support and Free SSL certificate for every domain name you have registered on the books with them.

The main reason why you would select Bluehosting over Siteground is you’ll save a buck or two per month depending on which plan you go for, and if you very newbie to the whole website thing as Bluehost does have a very easy to use interface with more of a click and drag feature.

If this is your first time in selecting a web host and want to keep things really simple to start off with, Bluehost is definitely a great choice and it will give you everything that you need.

And at the end of the day, since being new, after some time and not happy you can always move to siteground.

The beauty of doing trying Bluehost first than the other is siteground offer free migration where Bluehost doesn’t and that can save you a headache in its self.

Get Best Price For Bluehost Here 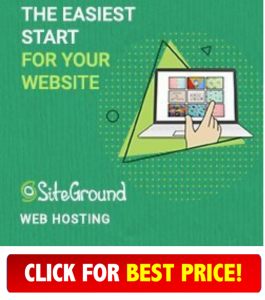 One of the main differences and this is a biggy for web hosting and of course this is at the time of writing and when we were carrying out our testing and research, SiteGround smashed over Bluehost with site load speed and delivery uptimes.

After hours of research and extensive reviewing, which you can see our in-depth review on siteground here…

Siteground has been voted #1 host on over 34 Facebook polls and that is even compared to Bluehost) and is also used by Yoast.

Reports have also been known that those who have migrated from bluehost to siteground also dropped off on average 7s off their load time.

That is huge considering that now Google uses site and page load speed as a ranking factor from the recent announcement updates.

Make sure you choose wisely and make sure you do your own research. To back us up with what we are saying check out these platforms; Trustpilot, Advanced Twitter Search, and Facebook Groups.

That is just a few to where you can start.

The majority of siteground customers are happy and I’m not saying that it’s all rosing on siteground, as it does have some issues too.

The downside of Siteground over Bluehost is the plans are slightly dearer per month, but I reckon its better value for the extra couple bucks, which is hardly going to break the bank.

Our recommendation if you go with one of Sitegrounds hosting we fully recommend the grow big plan.

Also, it is the most favorite hosting plan by many because of the pure value and pricing.

And if the past results are anything to go by, this will be the best choice in plans for a long time ahead, And at this price, which is the lowest its ever been, you’ll save a ton of money.  Just make sure to click the link below for the best savings.

SiteGround and Bluehost are amongst the top players in the web hosting industry. As two of the most reputable providers, they are recognized for their easy to use sites and competing features.

Going with either option is bound to be a safe option, irrespective of your hosting needs.

SiteGround began operation in 2004 in Sofia, Bulgaria. The collective idea of three university students, SiteGround has made a name for itself with high-performing, secure, and reasonably priced hosting.

Today, they host more than two million domains managed by a staff of 400 people.

As they have grown, Bluehost has maintained a strong partnership with WordPress as well as open-source platforms. They also host more than two million domains and are adding thousands more every day.

Picking a hosting service is the equivalent of laying a foundation. A robust support system will ensure reliable future website performance with minimal upkeep.

That is why we are comparing SiteGround and Bluehost based on four categories to help you pick the option that is right for you.

The plan offers 10 gigabytes of web space and a host of essential features. Included among those features are free SSL, HTTPS, email accounts, and daily backups. Users also get 24/7 customer support and 30-day money-back guarantees.

The other shared hosting plans are GrowBig and GoGeek. These offer more website advantages, more space, and extra “premium” and “geeky” features.

While the pricing is affordable, SiteGround has a one-time $14.95 set up fee, which must be paid every time you renew.

Bluehost’s hosting plans start at $2.95 per month. Users get a single website, 50 gigabytes of storage, unmetered bandwidth, and a free SSL certificate. Additionally, this option will provide another five parked domains and an impressive 25 sub-domains.

Bluehost has three additional shared hosting options, including the Plus, Choice Plus, and Pro plans.

The prices range from $5.45 per month for Plus and Choice Plus to $13.95 per month for Pro. Each plan includes unlimited websites, SSD storage, domains, and sub-domains, as well as spam experts.

When it comes to customer support, SiteGround is in the upper echelon of web hosting providers.

If you have a problem or query with your services, you can expect to be in touch with a SiteGround expert in mere moments. Their 24/7 live chat and valuable expert insight will ensure that you are covered wherever you are at any moment you need it.

For SiteGround, customer support appears both responsive and friendly. If you sign up for the GoGeek plan, users are granted priority service, too.

Their experts are available around the clock, though not always through a live chat. Users can also reach Bluehost through tickets, phone, and email contact points. People are generally positive about their experience in all aspects of hosting services from Bluehost.

SiteGround has made a name for itself thanks to its speed and general hosting performance. No matter where you look, it is consistently at the top or near the top of any list for the fastest web-hosting providers.

This prowess includes a remarkable 20 to 500 percent speed increase for WordPress sites. Currently, stable page load time is around 700ms.

SiteGround has a myriad of data centers spread across three continents with the nearest location settled as your guaranteed provider.

So it doesn’t matter if you’re looking for a website host for Australia, a Singapore web hosting company, or a UK web host, SiteGround has you covered.

Also, their platform is built on LXC, which offers reliability even when the web traffic levels spike. Due to the limited capacity of SiteGround’s basic sites, though, one might see more of a performance challenge than others during peak usage times.

Bluehost is comparably fast, and according to Web Hosting Prof, is the fastest web host of 2019.

Their sites are consistently quick, with load times around 400ms. Like Siteground vs Bluehost also boasts an impressive 99.99 percent uptime.

While Bluehost doesn’t disclose the specific locations of its data centers, it does have operations across the globe. The 23 data centers are situated in the United States, India, China, and Europe. Their servers are also Tier 3, which yields superior redundancy and more reliable uptime.

Ease of Use – SiteGround Wins

Both systems are easy to use for everyone from beginner bloggers to webmasters. SiteGround has a particularly sleek interface and allows users to install website builders like Weebly.

This handy function allows users to drag-and-drop entire sections until they have initiated the design that they imagined for their web page.

Bluehost has a strong partnership with WordPress, which takes literally one click to install. They are one of the three officially recommended partners of WordPress. (SiteGround and Dreamhost are the others.)

Both hosting providers also offer cPanel, which has become the industry standard.

Bluehost has a couple of tiny drawbacks, however, such as the migrating service, which costs a once-off fee of $149. They also have more upsells and promotions for their paid tools, which can be cumbersome at the best of times.

If these were your final two choices for superior web hosting services, you would be in an excellent position, no matter the final decision.

While both are among the cream of the crop in web hosting circles, we must give the ultimate award to SiteGround.

The stellar experience makes it an all-rounder, with reliable site speed, and affordability that give its users the best value on the market today.

Both of these hosting providers are great and being recommended by WordPress is certainly a good feather to have in the cap and ideal for small niche sites and those who are just starting out.

If you are a professional webmaster, entrepreneur, or SEO consultant you know the importance of speed, reliability and support.

WPX Hosting has made a true name for it’s self and having the FASTEST average load speed times across many site constructions, sites that are:

And now also that Google uses site load speed as a ranking, wouldn’t make sense to use the fastest host possible?

I hear you’re saying that sounds expensive, well you re already paying.

WPX hosting only costs $21 bucks a month with unlimited visitors, compared that to Sitegrounds Growbig plan or Bluehost Choice Plus.

Since moving from Siteground to WPX Hosting:

and it’s not just me… see what others are saying about them too. 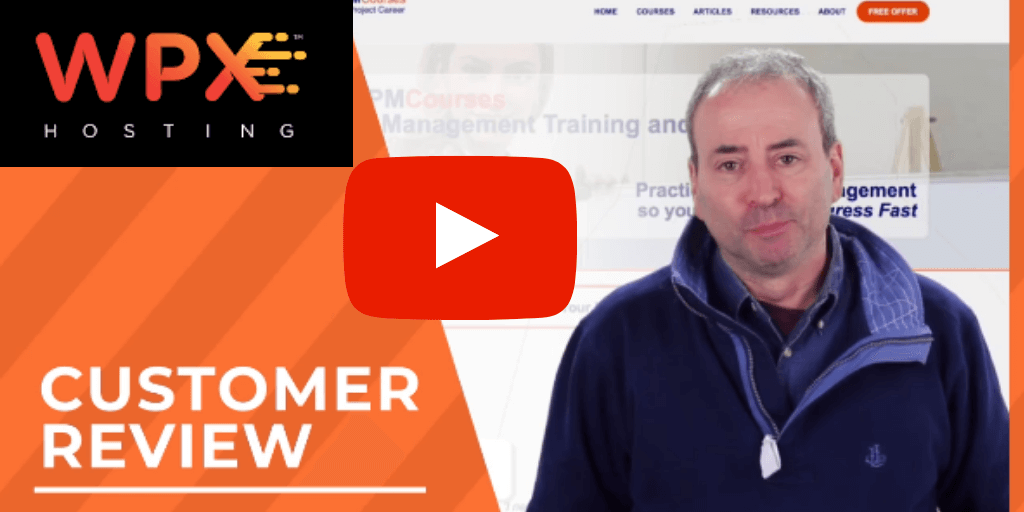 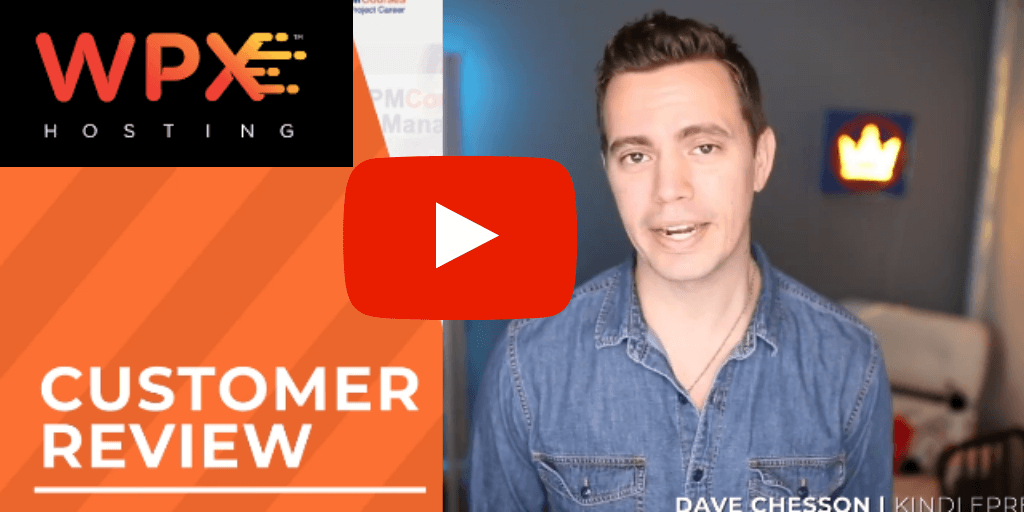 Cloudways Vs WPX Hosting: Which Is The Best For Your Business
Greengeeks vs Hostinger: Both Good But Only One Can Win
WPX Hosting Vs A2 Hosting 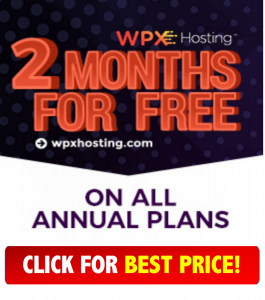 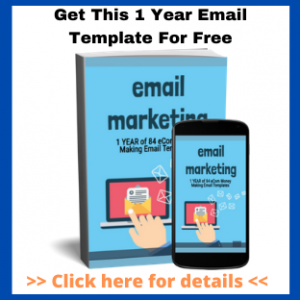